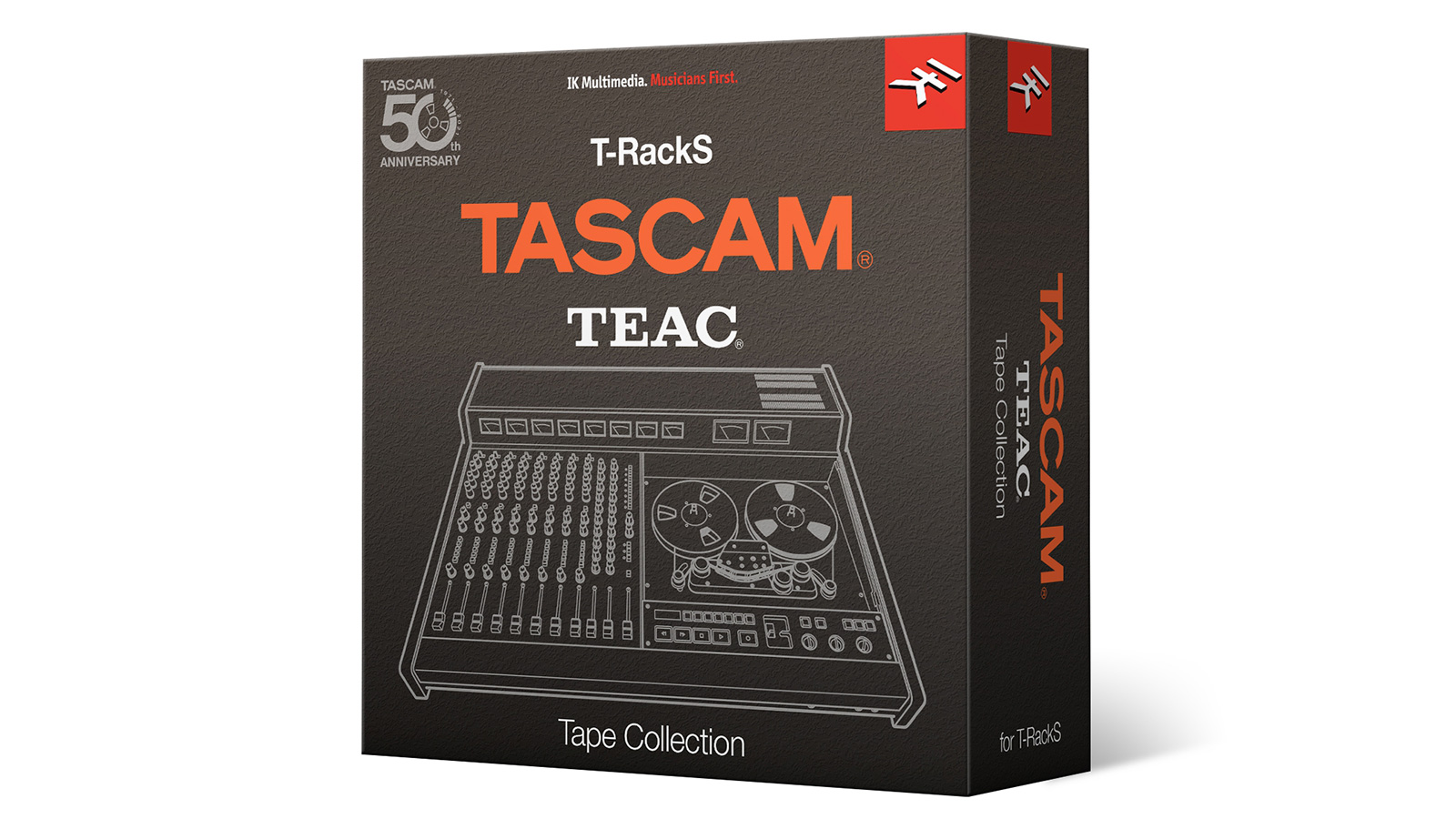 Santa Fe Springs, CA – May 2022... IK Multimedia and TASCAM are pleased to announce their collaboration on a new promotion to offer the Dream Studio Software + Gear Bundle—an outstanding collection of audio production software and hardware. Commencing May 1, 2022, and running through May 27, 2022, two copies of the IK Multimedia TASCAM Tape Collection will be given away each week to some lucky entrants. Further, the promotion's grand prize is a combination software and hardware dream studio that effectively creates a state-of-the-art home production facility.

For the promotion's entire four-week run, IK Multimedia will give away two of their acclaimed TASCAM Tape Collection software packages each week. This represents an outstanding opportunity for eight lucky contest participants to win. The TASCAM Tape Collection is part of the IK Multimedia T-RackS line and features four models of the best and most cherished TASCAM and TEAC tape machines. These include the TASCAM 388 Studio 8, the TASCAM PORTA ONE MINISTUDIO, the TEAC A-6100 MKII 2-track master recorder, and the TEAC A-3340S 4-track open reel recorder.

When modeling the famous TASCAM and TEAC machines, IK Multimedia's DSP engineering team took each stage apart, analyzed them in-depth, and produced a model of the entire magnetic tape-recording process. This model works in tandem with a powerful dynamic convolution engine to capture the essence of the real machines—faithfully bringing the complete picture of these complex analog engineering marvels to the software realm.

Upping the ante even further, the lucky grand prize winner will receive a combination software and hardware dream studio consisting of: 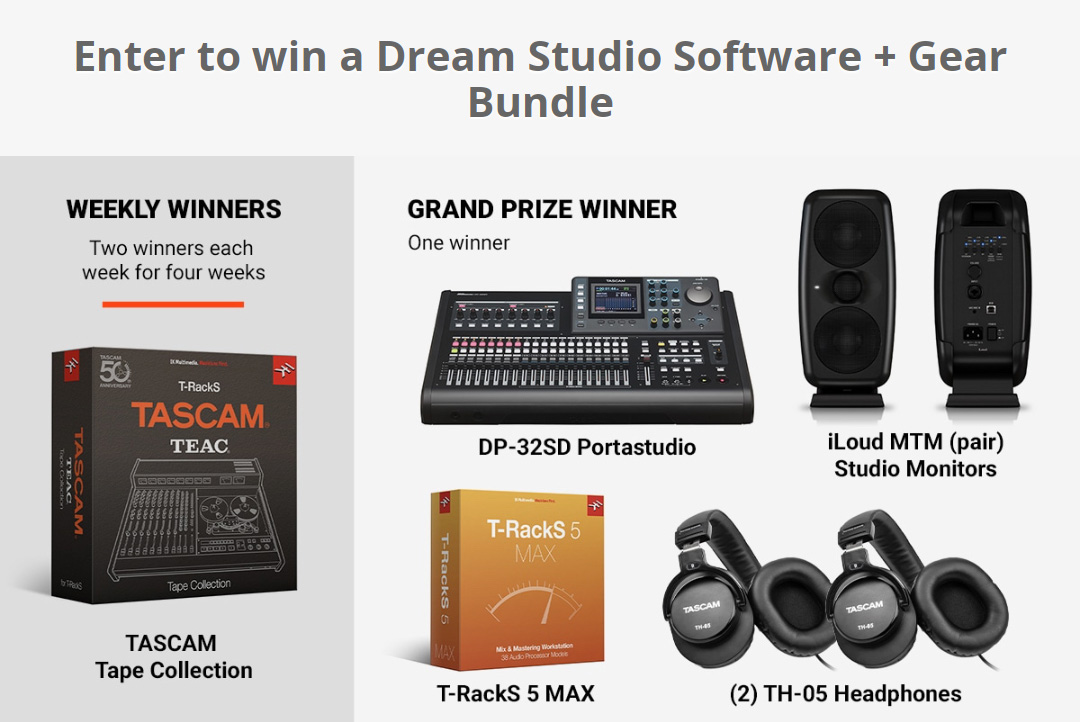 The IK Multimedia and TASCAM Dream Studio Software + Gear Bundle giveaway starts May 1st and ends May 27th. Entrants can enter up to once each day by visiting https://tascampromo.com/ik/. This giveaway is for US residents only and participants must be at least 21 years of age when they enter.

About IK Multimedia
IK Multimedia is a leading music technology company that harnesses advanced software and hardware design to make professional quality tools accessible to everyone. From its ground-breaking AmpliTube and T-RackS software to their award-winning iLoud reference monitors and UNO range of analog synthesizers and drum machines, IK Multimedia has been a music technology innovator for the past 25 years. With millions of installations and registered users worldwide, IK also leads the way for mobile musicians with its acclaimed iRig series of music creation tools for use with iPhone, iPad, Android, and Mac/PC.