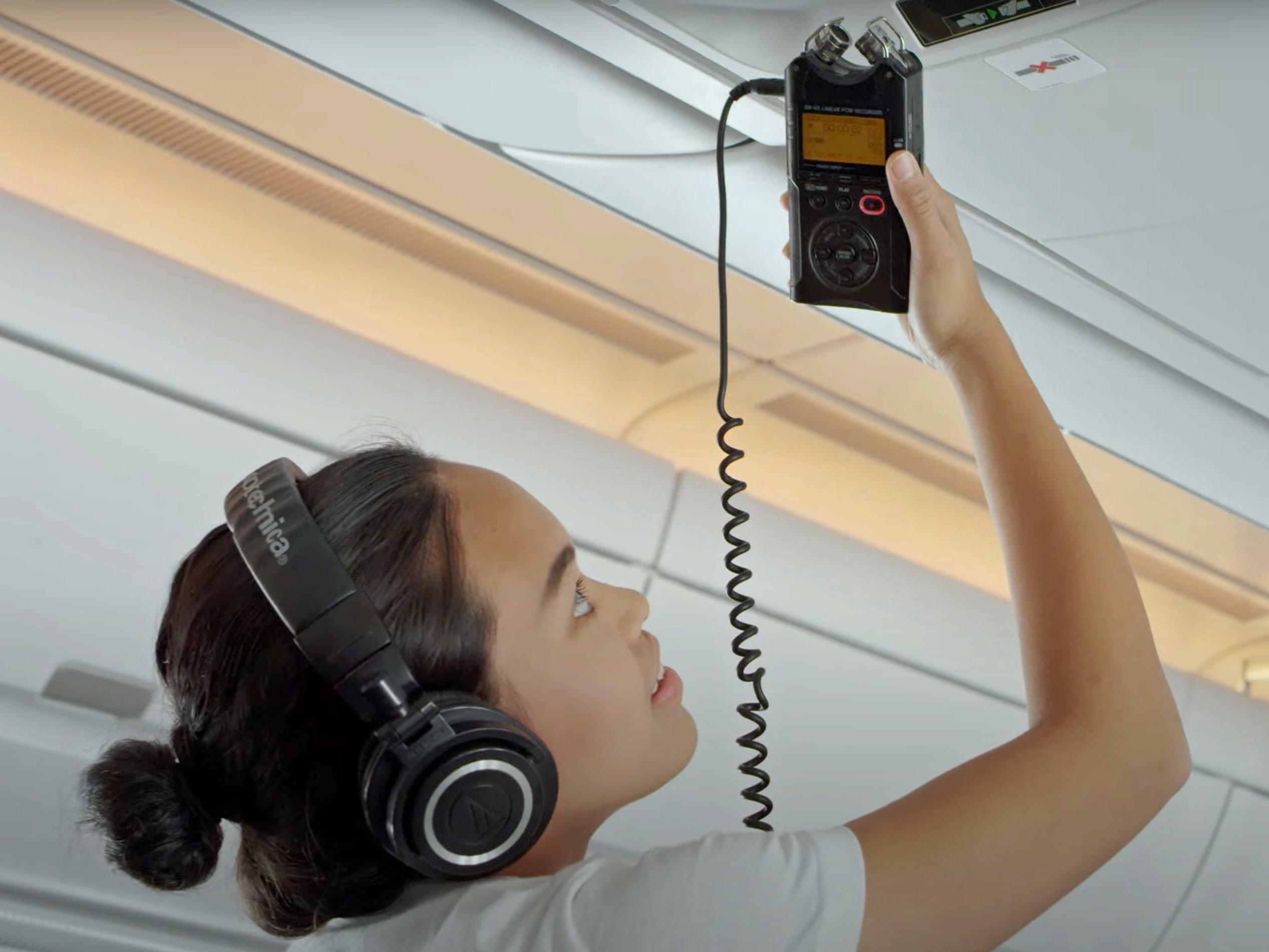 Seattle, WA – March 2021… Alda Agustiano, also known as ‘Chong the Nomad’, is one very talented young artist / audio producer. As a huge fan of the animated TV series Avatar: The Last Airbender, she would record the show and replay certain sections to learn the score on her keyboard. In the show’s second season, there is a minor character named ‘Chong’, a nomadic musician who runs into the main characters. She picked up the moniker Chong the Nomad to use for Internet forums and eventually, it became her stage name. With her new EP titled A Long Walk and a commercial for Singapore Airlines, she demonstrates both her creativity and serious production chops—all of which revolve around the use of her TASCAM DR-40 4-track digital audio recorder.

The Singapore Airlines commercial that Agustiano worked on is musically fresh and seriously imaginative—and she stars in the spot. With a groove that’s impossible to miss and a wild assortment of sound effects, the soundtrack locks you in to some serious fun! Agustiano reports, “The marketing / production team loved my first single, You’re Really Pretty and wanted the new song to have a similar vibe. Director Brian Oh and I were given a lot of creative freedom, so I used my DR-40 to sample all sorts of sounds that help give the soundtrack its unique character. You can see the DR-40 at work throughout much of the commercial.”

Agustiano reports that she has been using her TASCAM DR-40 for a good 5-6 years. When queried about the sounds she captured with the recorder, Agustiano shared the following thoughts, “I used the DR-40 to collect cabinets closing, seat belts clicking—even the sound of drumming on the landing gear. The Singapore Airlines crew we worked with had the Airbus A350 and they let us do a lot of zany things to get to certain areas of the plane and I’m really grateful for that. The DR-40 was absolutely the perfect tool to get those sweet click/clangy textures. As an example, the pull-out meal tray sounded surprisingly like a record scratch and the DR-40 picked that up really well!”

In addition to her TASCAM DR-40, Agustiano produced the commercial’s soundtrack using FL Studio 11, a digital audio workstation (DAW) from the Belgian company Image-Line. Agustiano used the DR-40’s USB connectivity to transfer the sounds she collected to her DAW. When asked about those DR-40 attributes that make the recorder so well-suited for her style of working, Agustiano offered the following comments, “The recorder’s mechanism that enables me to shift the mic direction was extremely helpful when it came to adjusting/shifting around to each scene on the plane. The DR-40 is really easy to use too! The recorder never gives me any hassle and it never gets in the way of the creative process. With my DR-40, I’m able to focus on the sound and the music as opposed to dealing with the mechanics of operating a piece of gear.”

With many types of recording equipment, questions inevitably arise, so capable and responsive customer / technical support is crucial. Here, too, Agustiano was very complimentary of the customer support services at TASCAM, “The TASCAM DR-40 is such a solid product and, as a result, I’ve rarely ever needed to contact the company for any kind of support. On the few times that I have reached out, everyone I’ve encountered has been nothing but helpful and thorough—an incredibly positive experience in every way.”

As she prepared to focus her attention on the business of the day, Agustiano offered these final thoughts concerning her experience with the TASCAM DR-40. “This is a super interesting time to be a music producer,” she said. “There are literally thousands of drum packs and sample libraries one can choose from. While I do have my handy library of sounds, it’s always a wonderful thing to go out with my DR-40 and turn something ‘ordinary’ into a whole new whacky thing. I’m all about making my own sounds. A sink running water can easily be turned into a synth pad with today’s music technology.”

“I recently acquired a TASCAM DR-40X, the new and upgraded version of the recorder I’ve been using,” she added. “While I’ve barely scratched the surface of its capabilities, I am definitely looking forward to adding a new bunch of field recordings into a forthcoming project. I can’t say ‘thank you’ enough to TASCAM for making such a great sounding, reliable, and easy-to-use product. That Singapore Airlines commercial—created to promote their inaugural flights from Seattle to Singapore—was the biggest project I have been involved in thus far and it has opened many, many doors in my career. Make no mistake, the TASCAM DR-40 played a huge part in it!”

To view the Singapore Airlines commercial that Agustiano engineered sound for, go to https://www.youtube.com/watch?reload=9&v=Z9qiiNsNhmg&t=4s

To learn more about Alda Agustiano and her music, visit her website at https://www.chongthenomad.com/