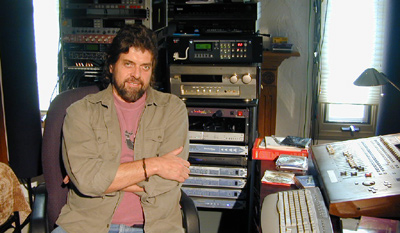 Alan Parsons has been hard at work on a new album, produced from the ground up in 5.1 surround, using the TASCAM DS-M7.1 to handle his surround monitoring. In his gorgeous home studio in the hills of Santa Barbara, CA, the DS-M7.1 works not only as the monitor controller and surround channel control, but as his main D/A converter for monitoring his mix.

"The DS-M7.1 is a great machine for what I'm doing here," says Alan. "I like the fact that it's a totally digital signal path, I know that there's not any degradation. I'm coming straight out of my Steinberg Nuendo system, digitally straight into there [the DS-M7.1] and I'm hearing the result straight out of that box. I know, effectively, what's going to be the sound of the final master right there."

Surround has been an important part of Alan's work for nearly 30 years. "I've established a bit of a reputation as a surround expert, I suppose because of my forays into quadraphonic in the mid-'70s. I'm signed to a label that specializes in surround - 5.1 Entertainment - so it's very important that the mixes I deliver for the album I'm working on make the best use of the surround format."

The DS-M7.1 handles all of Alan's monitoring needs in the studio. "This is pretty much everything I need to monitor in surround. I like the fact that the channels can be isolated. That's the fundamental thing that you need to do. It's remarkably difficult to do on a traditional console - just to mute out, say, the back channels, mute the front channels and listen to what's going to the center channel on its own. Where it's a piece of cake on this: just hit a button. 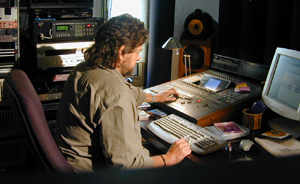 Alan has been using the DS-M7.1 extensively on his latest album project. "I've been using the box on a current Alan Parsons album. In my old age it's taking me longer to do an album than it used to: This album has been two years in the making. But it's nearly there, by the time you see this it should be ready to hit the shelves."

Well, maybe not quite yet - the new album is supposed to be released in August, 2004. From the mixes we heard, it's sure to be a mind-bending combination of electronica beats and classic Alan Parsons Project, mixed in surround. Crazy as that sounds, it works! Crank up those SACD players and get ready for some consciousness-altering music this summer.