Atlanta, GA – February 2021… American Contemporary Christian music singer, songwriter, and multi-instrumentalist David Crowder, best known by his stage name Crowder, along with his friends, 2-time Grammy® Award winning engineer Jacob ‘Biz’ Morris and Gavin Haverstick, have assembled a state-of-the-art studio for Crowder’s production work. With a wealth of guitar and keyboard equipment to contend with—not to mention the console and everything needed to interconnect it all—the studio is an exceptional production environment. Equipped with two TASCAM Series 8P Dyna 8 channel mic preamplifiers with analog compressors plus multiple ML-16D and ML-32D 16- and 32-channel Analog/Dante converters, the studio was designed to foster creativity, while also being a model of efficiency.

With two Grammy Awards for his engineering efforts on American Christian hip hop recording artist Lecrae’s hit song Messengers and his highly received album Gravity, Jacob Morris is a proven studio pro. His inclusion of the TASCAM 8P Dyna and the ML-16D and ML-32D Dante units in Crowder’s studio are, in his own words, “key to creating an incredible studio that makes working there so inspiring.” He discussed his experience with the TASCAM gear.

“David approached me to help him get his home studio going,” Morris reports. “I don’t think we really knew how awesome the room was going to turn out, but it is one of the best rooms I’ve worked in. We coordinated with Gavin Haverstick from Haverstick Designs of Carmel, IN on this project. The space sounds so good, it’s a creative person’s dream. We use two TASCAM Series 8P Dyna mic pre / compressor units. One is located in the guitar room and is used for mic pres (preamp) while the other resides on the desk and is used for guitar pres. These processors are so easy to use and sound so good. They’re amazing! And when used with the ML-16D and ML-32D Dante converters, it’s hard to believe how efficient everything becomes.”

“The TASCAM ML-16D and ML-32D Dante converters are, in many ways, what really bring the entire studio together,” Morris added. “There’s a lot going on in this space. We have a lot of synths and other toys that are being sent to the console via the ML-32D—all with a single CAT-6 cable! It’s crazy! Then we have the guitar room. David can be playing a guitar that is hitting 6 different amps inside another room in the house, and the output of those amps is being sent back to the DAW—all via a single CAT-6 line—with no latency. Wrap your head around that! The ML-16D/32D Dante units saved us from running tons of cables. We tried a few other products out there and they just didn’t work at all.”

Morris also pointed out that the TASCAM gear is in use constantly. “David uses this equipment every day. If he touches a synth or plays a guitar, he’s using the TASCAM gear. And I’m not joking… When we first hooked everything up to test it out, it all just worked. David’s face just lit up—as did mine!”

With electronic music equipment, questions inevitably arise, so responsive and capable support services are crucial. In this regard, Morris was very complimentary of TASCAM. “The company’s support services are first rate,” he reports. “Their support staff are musicians and audio pros, so they understand what you’re trying to accomplish. They get it.”

According to Morris, David Crowder’s studio was completed roughly six months ago and, since that time, it has become one of his favorite places to work. “The TASCAM equipment is what brings the entire studio together so efficiently,” he said. “It fosters creativity and sounds terrific. Make no mistake, the TASCAM equipment is solid gear with great sound. I know I’ve said this before, but I’ll say it again… These products made the studio work the way it does. Everything is set up to make recording easy—without getting in the way of the creative process. There’s no patching and no plug in—just open up the DAW, set up the channel, and record. Kudos to TASCAM!” 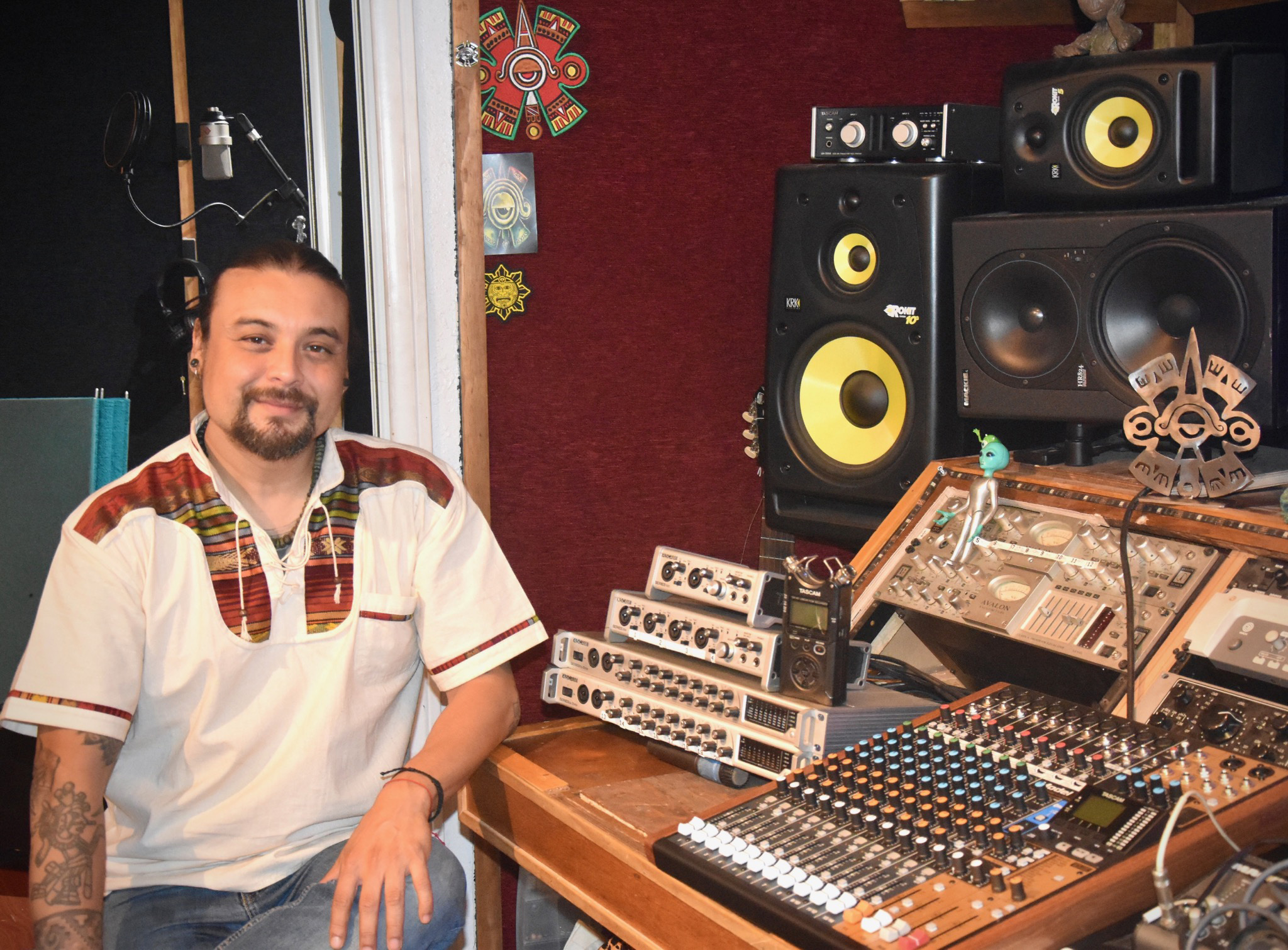 News
TASCAM Recording Technology is Central to the Studio Activities of Mizraim 'Limon' Leal
Two SERIES 8p Dyna preamps/compressors, a SERIES 208i interface, and the DR-40 handheld recorder facilitate the creative flowLos Angeles, CA - December 2021... As the lead vocalist/guitarist for Quinto Sol, one of LA's top Reggae bands (originators of Barrio Roots Reggae-a fusion of conscious Cumbia and Barrio Soul music), musician/engineer/producer Mizraim Leal is a longtime enthusiast of TASCAM recording products. Known as 'Limon' to his friends, Leal and Quinto Sol have been the b
DR-40
SERIES 208i
SERIES 8p Dyna 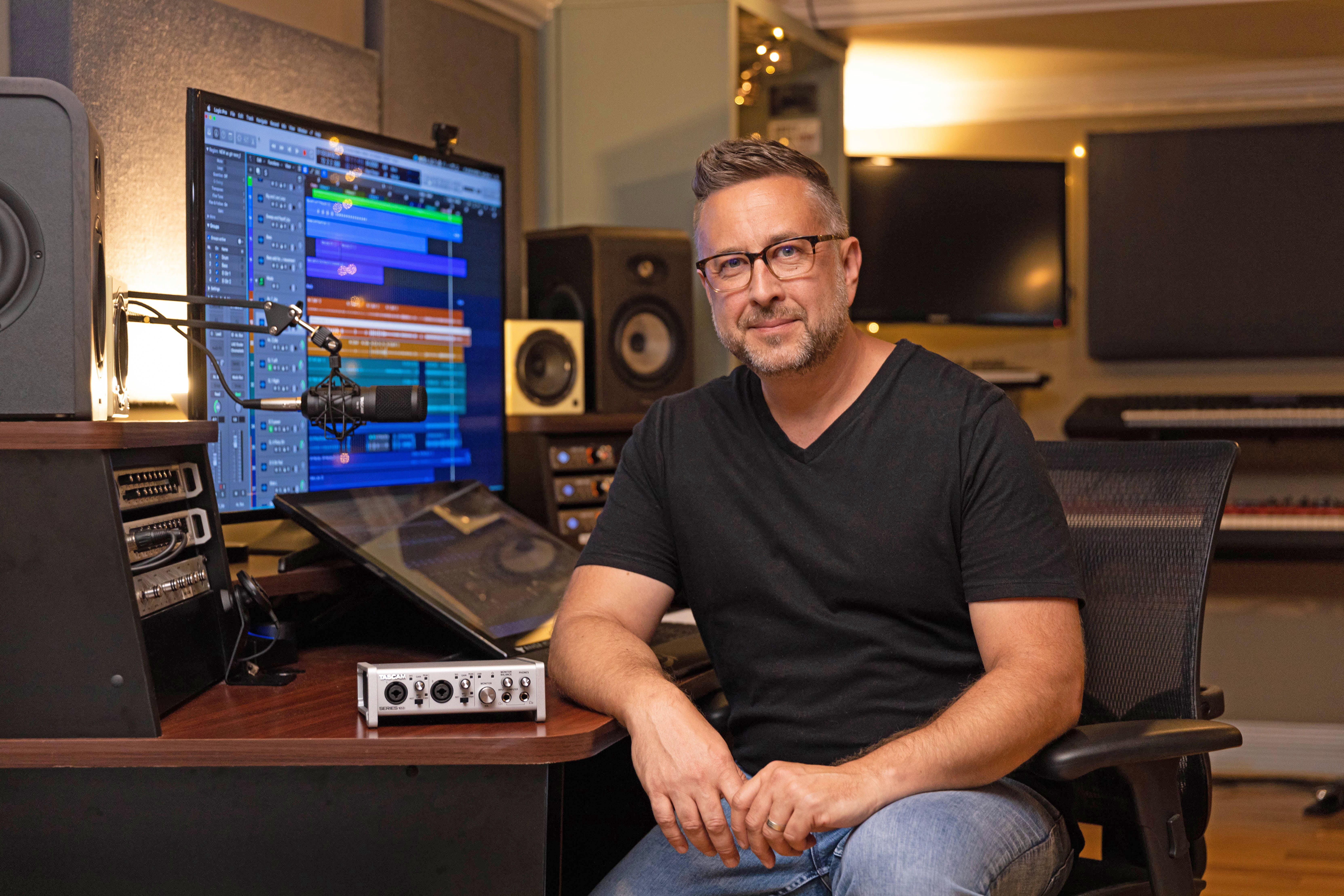 News
TASCAM Studio Technology Drives Lee Turner's Creative Process
SERIES 8p Dyna mic preamps and CG-1000 master clock generator are just the startNashville, TN – November 2021… Be it recording, live performance, or artist management, few places in this country are as musically active as Nashville. This city is a magnet for all things music related—particularly in the Country music genre. Hence, it is no surprise that recording and live performance thrive here—and this is the case of musician/writer/producer Lee Turner. Since moving to
CG-1000
SERIES 102i
SERIES 8p Dyna
TM-70
Back to magazine list
Related products
To know TASCAM