I use this product for composing and practicing using an iPad while in a hotel or on the road. I do not want to carry a laptop computer while travelling. In the past, there were many tasks which were impossible to do without a personal computer.

The iPad solved this problem, but I did not have a good way to input audio.

The iXZ is very convenient because with this product, I can mix my good audio with a reference sound source. The sound of the product is as true as other TASCAM products. It is never too thin. I can depend on TASCAM quality.

Takayuki Murata
Mr. Murata started playing the guitar in his teens - drawn by a desire for music that included R&B, funk, fusion, and rock. He then switched to playing the bass.
He joined a band formed by Kaori Kobayashi (a sax player), and took part in the album production, composition and arrangement of the band's musical works. He organized a unit "The Choppers Revolution" - which consists of three bassists, Yoshihiro Naruse, IKUO, and Murata, and has released albums and live DVDs on the "Teion Label" of King Records. In addition, he has led performances and session activities of "Kurukuru Brothers" – a trio with Masa Kohama, (guitarist) and Satoshi Bandoh (drummer) – and session work from live performances to recordings of artists such as Kahoru Kohiruimaki, Terumasa Hino, and Hitomi Yoshida – regardless of genre.
He has composed music, arranged music tracks, produced and promoted musical works, and published music practice DVDs, books. He has also created and demonstrated sound effects units. 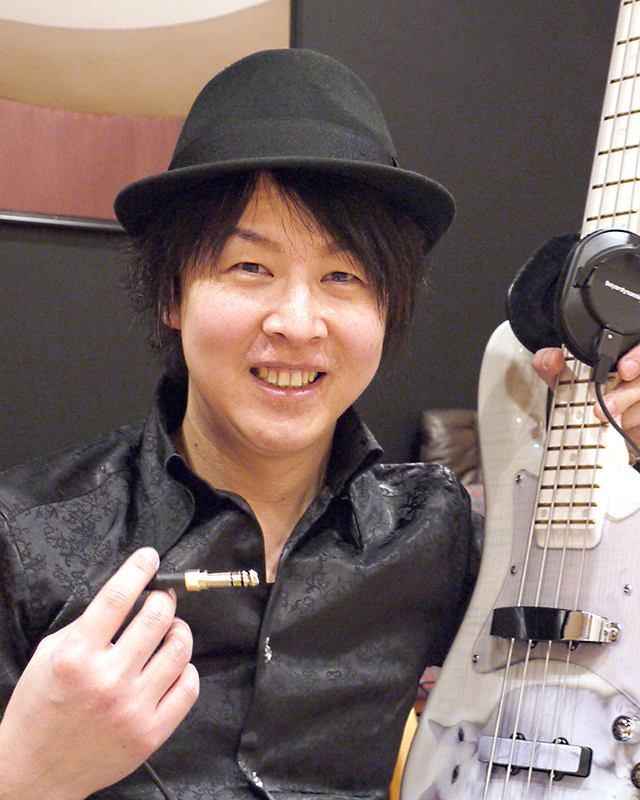